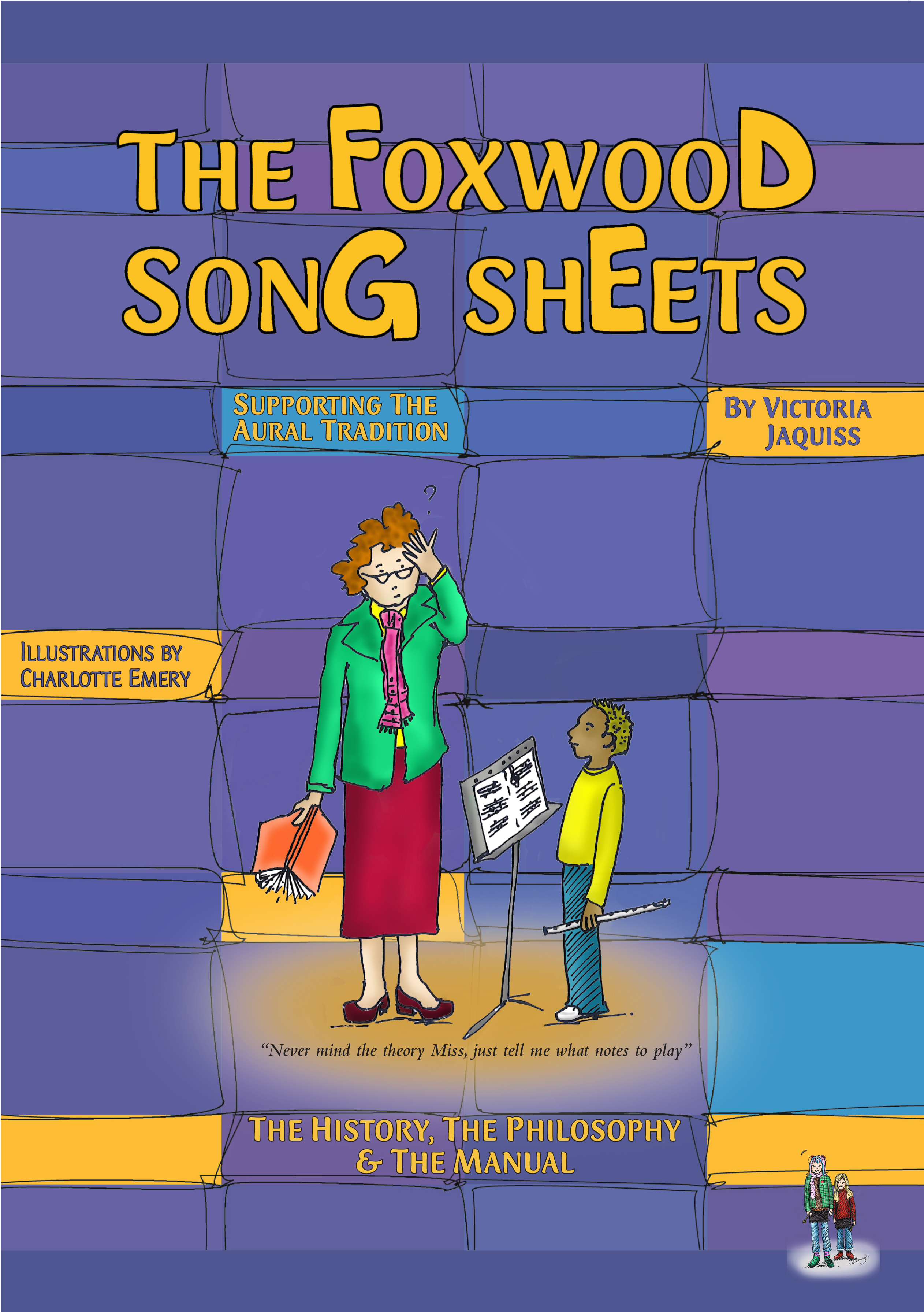 Below [eventually] will be the full list of Foxwood Songbooks, in the order that I published them. You will see the title page, the contents of each song, and a comment about each book.

You can hear how some of songs sound in Play It at Home, where the actual songsheet is shown and one or more videos of someone playing the song on a variety of instruments. These include steel pans, cello, keyboards, guitar, flute, piccolo and glockenspiel. More will added over the next weeks.

Message from the author: The Foxwood Songsheets began life at Foxwood School in 1985, in summer as a direct consequence of the course I attended at Beckett Park College in spring. I was an English and PSE teacher at Foxwood, and I had recently met steelpans, thanks to some Section 11 money, in which the government agreed to provide funds for projects which would combat racism and promote multi-culturalism.

The course was called Music For Yourself and your Class and it featured Jan Holdstock, Leeds composer, music educator and specialist in music for those with additional needs. Inspiring or what!

She introduced me to colour-coding of chords and grids in general. and these formed the basis of the Foxwood Songsheets. I used them principally for steelpans, glockenspiels, xylophones, keyboards and guitars. And they were, and still are inclusion itsveryself.

Shortly after, Charlotte Emery joined the Foxwood staff. She was also a singer and musician, and just the best artist. She agreed to illustrate the songs. These pictures identify a song and give the Songsheets their great visual power. Then I went on maternity leave [twice!] and left the steelband to Charlotte look after. Then she went on maternity leave and these three children have played in Foxwood Steelband from those days forth.

Over time I taught more and more music lessons and less and less anything else, and when the school closed, I became steel pan development officer for the Leeds Music Support Service, and also a specialist teacher of music to children with challenging behaviour [for which Foxwood had well prepared me].

Charlotte was by now Head of Music at Merlyn Rees High School, and had created her own steelband now called South Steel. And this band has survived some times as well, and is very much alive and kicking [and sometimes I have to play. Fair dos!].

On the right is an extract from the newly edited Foxwood Manual. This will explain the why of the Songsheets rather than the how. You can buy all the books from Lindsay Music [see link below], but, during this time of isolation, I will post pages from them here as well. Essentially the message is that notation should not be an end in itself, and by claiming that it is not possible to play world instruments anything other than "by ear" is excluding myriads of would be students. 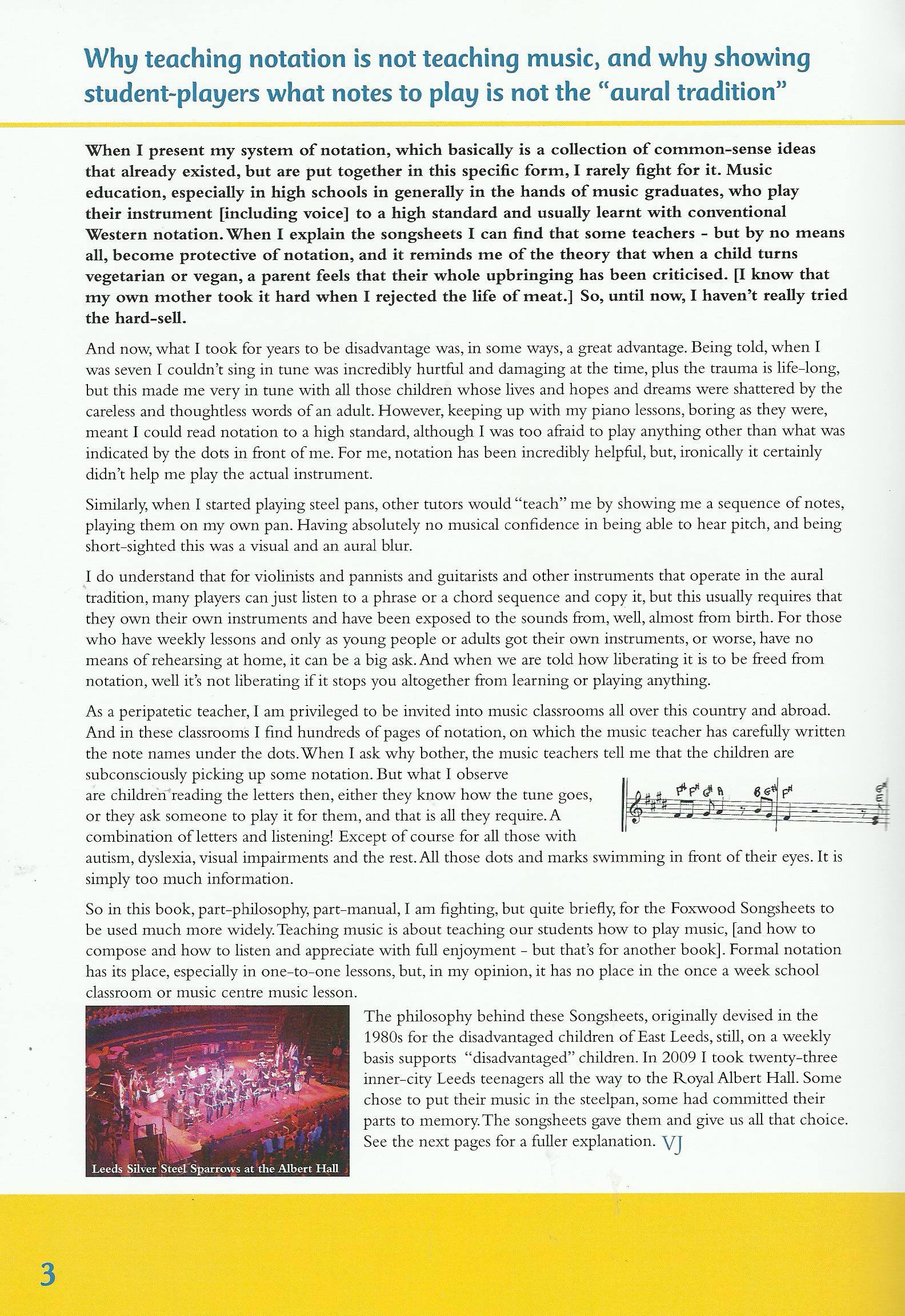