This page is harder tunes for more advanced players [GCSE students etc]. So far the only Foxwood Songbooks for advanced players are the Happy Trout and Songs for the British Isles. Here are some songs, some in the book, some not, both with their songsheet beside them for you to follow. Note that on the Foxwood Songsheets we had to make a choice about what to call the black notes. In the average practical music lesson putting up both names has only ever led to pointless confusion. [And I speak from experience]. So F sharp/G flat is only ever F sharp, and B flat/A sharp is only ever B flat in the Songsheets. 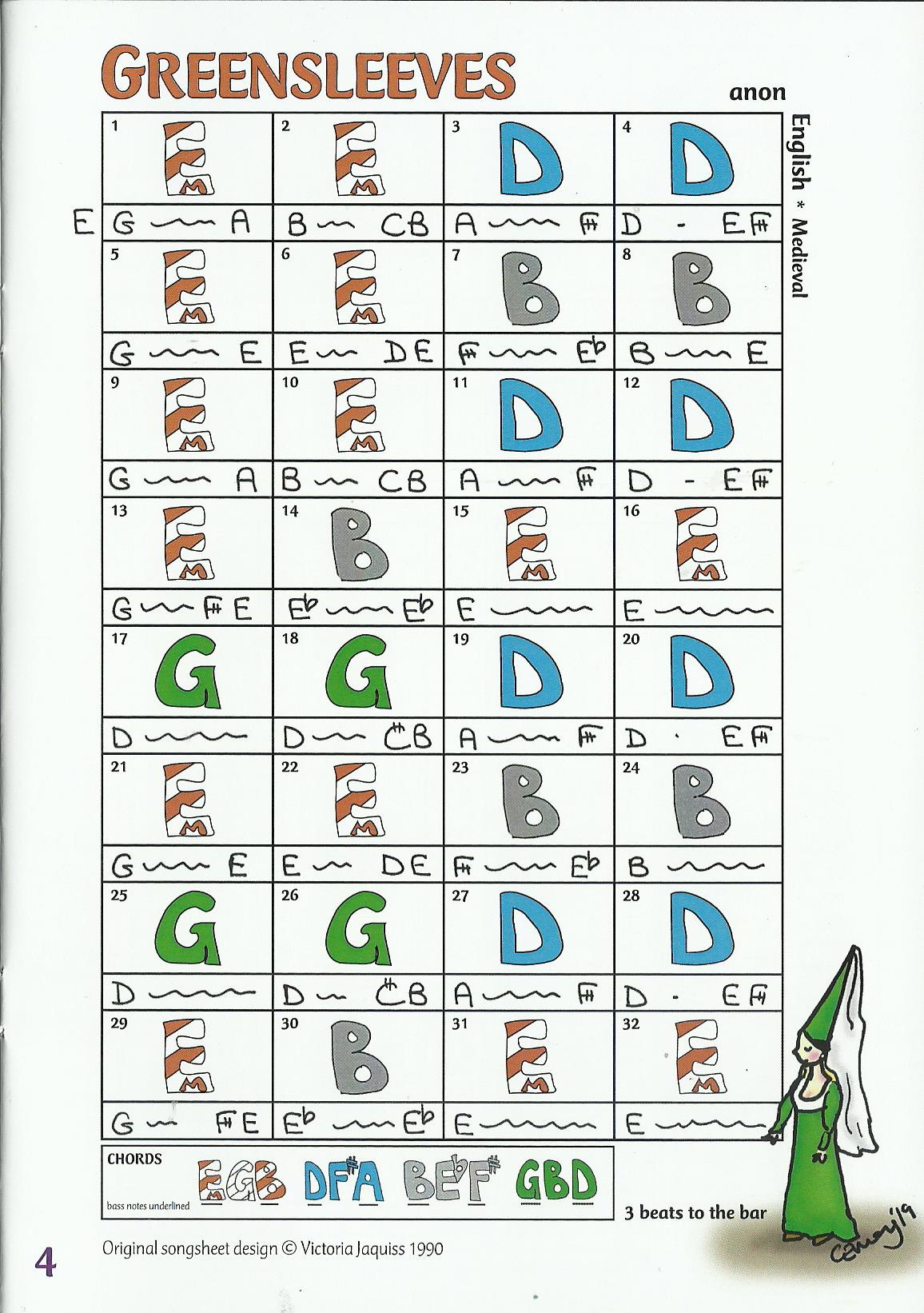 One of the easiest tunes in the Happy Trout, and one the hardest to make interesting, but I think that Chris, Elsie, Millie, Ella and me [Victoria] have achieved that. And this tricky with three soprano pans and one single second. Can you identify what different rhythms or effect the three of us playing chords are doing? 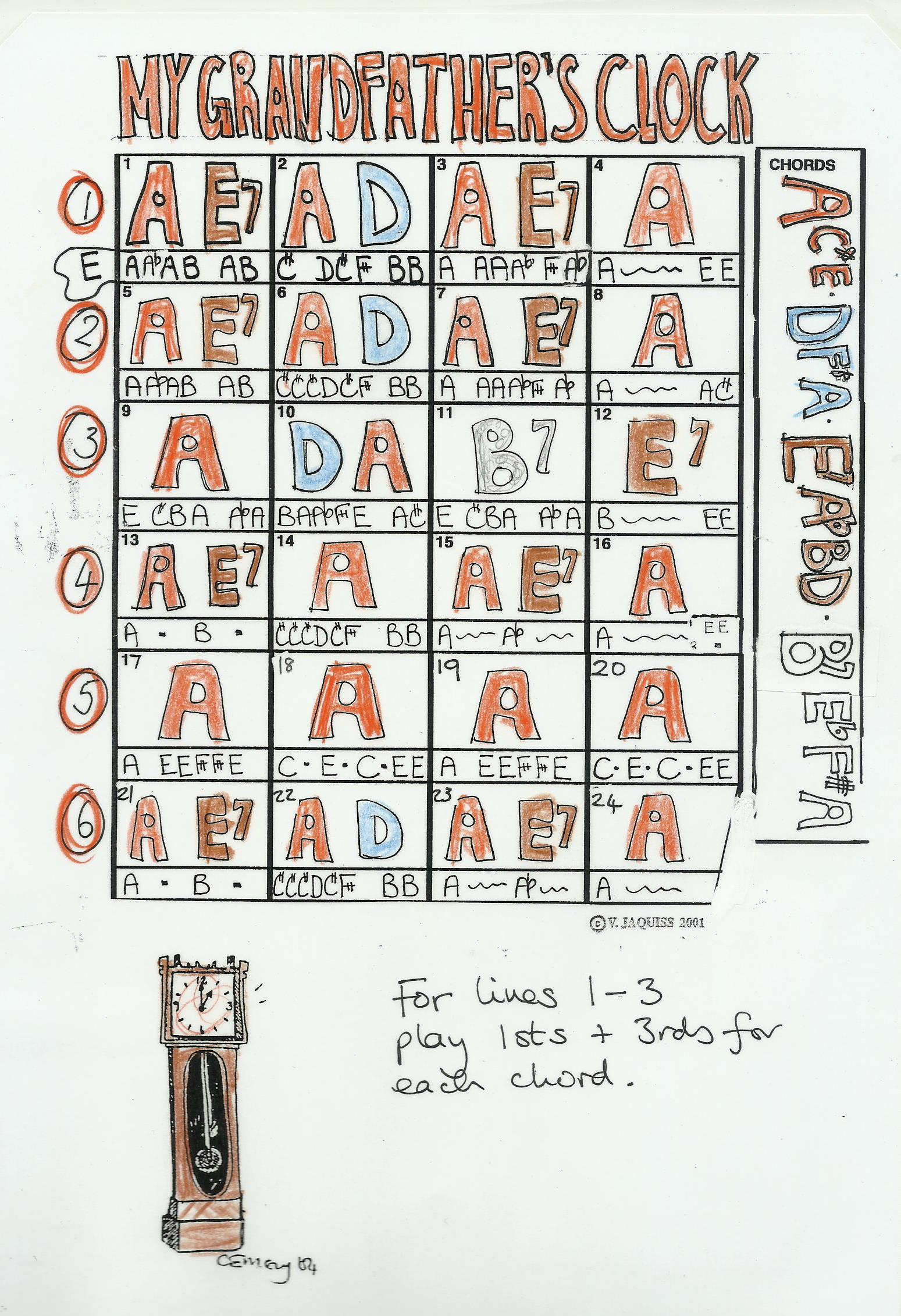 Here are the Steel Thorpes, playing soprano [Kirsty], single guitar [Wanda] and bass [Mick]. The very precise playing by low chords and bass gives it a lovely clockwork feel, allowing the melody to tell the story and yet stay within the confines of the ticking clock.  My Grandfather's Clock is not yet in a Foxwood Songbook.

Here here is James [saxophone] and Emily [keyboards] playing Greensleeves. It's a tricky trying to film yourself in the room where you ended up being locked-down in, and then having to block out the sun. Anyway this song has three beats to the bar. And there's an introduction on keyboard so you can tell when to join in. Greensleeves is in Foxwood Songbook The Happy Trout. 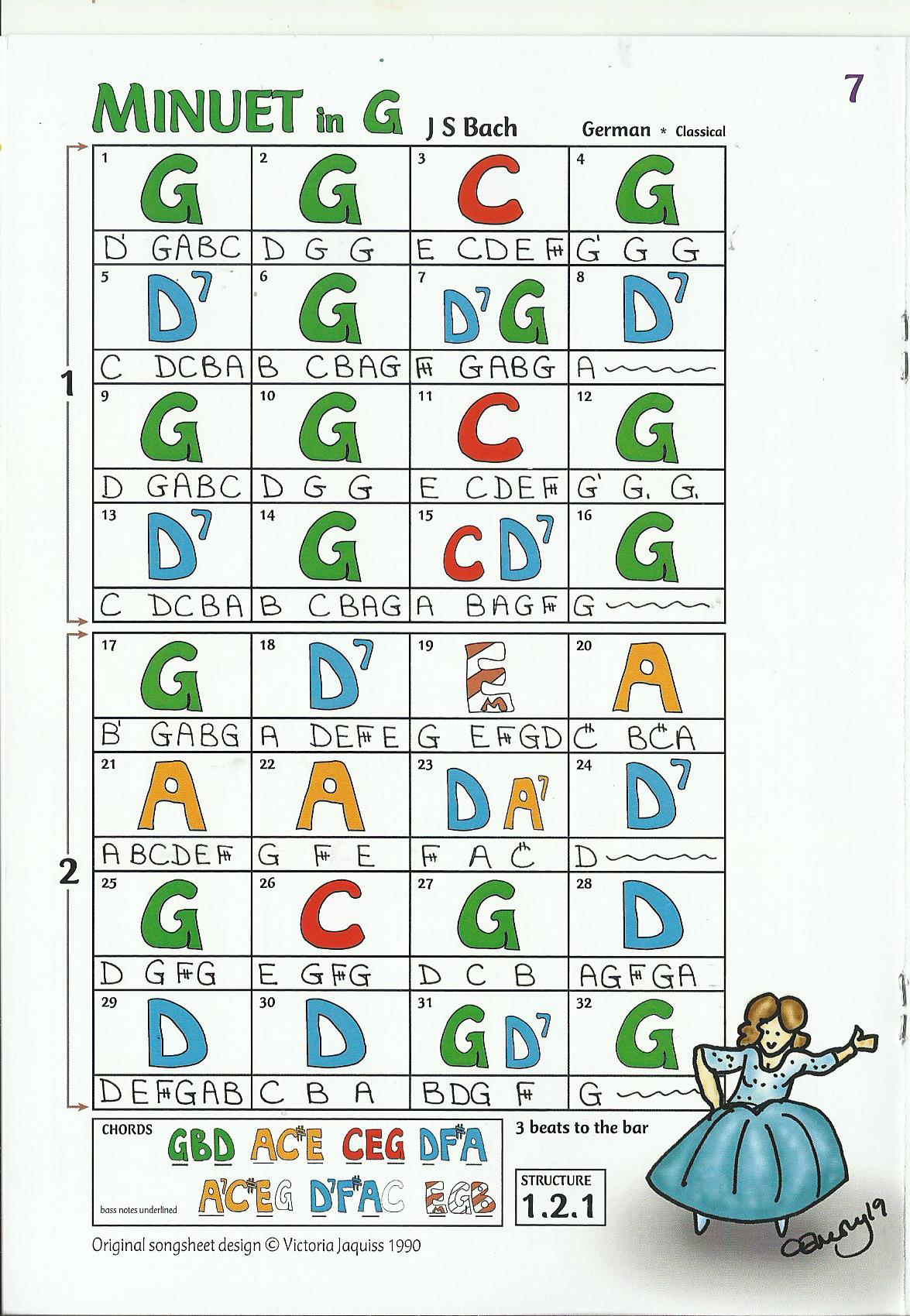 Minuet in 3 by Bach, here played on the flute by Tamsin. It has three beats to the bar and the structure in 1 2 1 [ABA]. Minuet in G is from Foxwood Songbook The Happy Trout 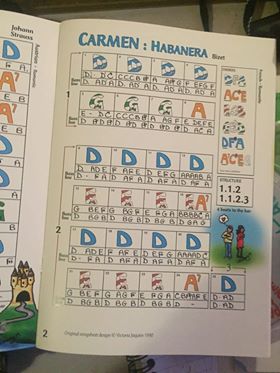 3.1 This is Julia and Ella playing their version of Carmen [without all the repeats] on soprano pan and single second. Julia is playing the bass line on her second pan, and this hypnotic repetition drives the song along with great bounce [to use a technical musical term - not!].  Carmen [by Bizet] is in Foxwood Songbook The Happy Trout.

Tamsin is playing both bass and melody on the flute, and what a lovely combination. Habanera from the opera Carmen by Bizet is in the Foxwood Songbook The Happy Trout 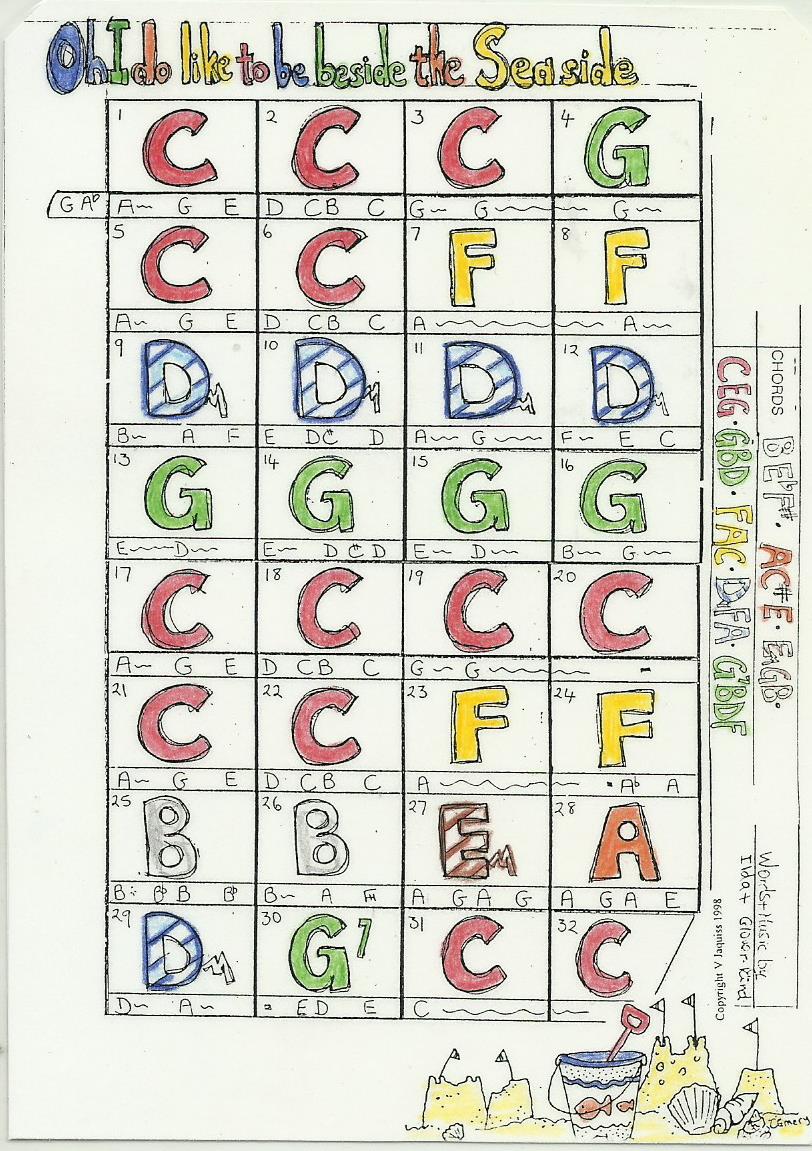 Here is Oh I Do Like to be Beside the Seaside. It is not in any of the published songbooks yet. It was in our Sparrows set last summer, and it would have been again this summer! What is a nice feature is that different people can play the Tidd-er-ly Om Pom Pom. This song starts easy, takes an unexpected turn for B, Em and A, then gets back on track.  Seaside! Well unless we live in Scarborough we can but dream! 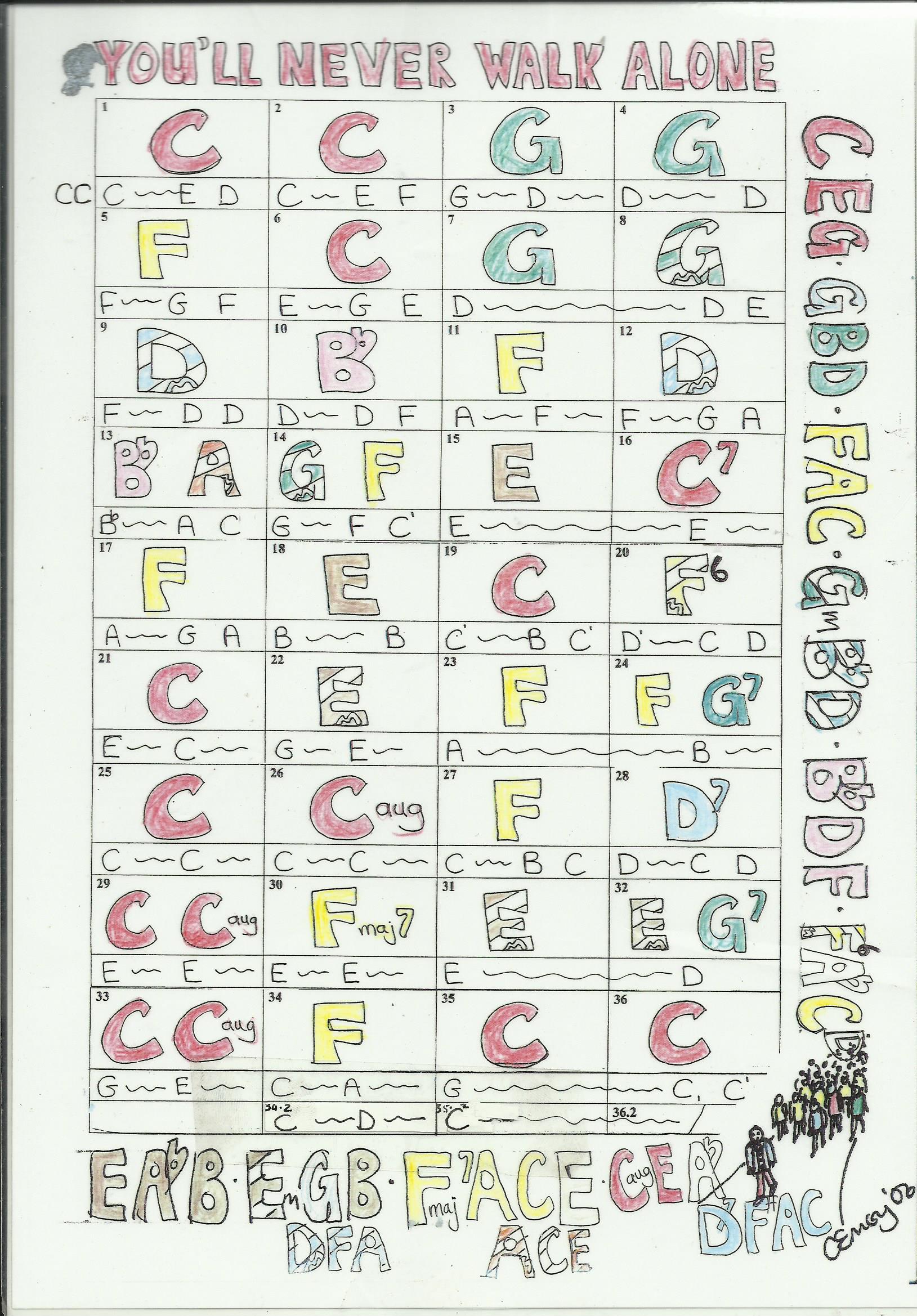 At the time of writing You'll Never Walk Alone stands at Number One in the UK Charts . Originally from the musical, Carousel, by Rodgers and Hammerstein, it was later adopted by Liverpool FC and fans, and now is one of the songs being used to show support, raise money for the NHS. It is not in any of the Foxwood Songbooks, but we have been playing it since before half the players on stage on Briggate were born. Dont forget that C augmented is C E Afl [G#], and it is so sweet when it follows C [major].